Early in 2006, a small group of local citizens got together with the mutual desire to take care of homeless animals in the community. The need in this part of Sullivan County was certainly there for a shelter to house, feed, spay/neuter, and re-home these pets. The name River Valley Animal Protection League was chosen to reflect a service area greater than Charlestown. The group obtained a 502(c)3 non-profit status and RVAPL was under way. Without much in the way of funds, the RVAPL originally housed cats at the Charlestown Animal Hospital and some dogs were placed in foster homes before they were adopted. Then, as now, volunteers maintained a twice daily feeding and cleaning routine for the cats. 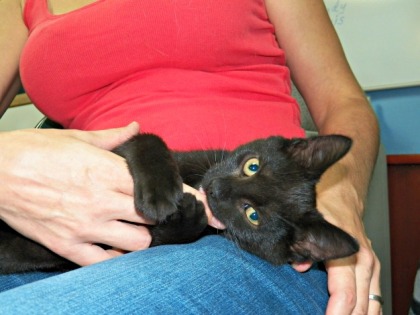 At the end of 2009, a space became available to rent so that the RVAPL could have its own shelter to continue its mission. In January 2010, RVAPL moved in to their wonderful facility at 60 Cummings Avenue in Charlestown. Due to the location in a residential area dogs may not be housed at the shelter, so RVAPL shifted its focus to cats.

Our May, 2016 newsletter boasts a count of 356 dogs and cats rescued, cared for, and re-homed. Still others have been served by the Trap-Neuter-Release program, reducing the number of feral and roaming cats in the community. Not bad for a tiny, all volunteer organization funded by private donations.

For the latest on what’s happening at RVAPL check out our Newsletters.

River Valley Animal Protection League is a fully licensed, nonprofit, all volunteer shelter supporting Charlestown and surrounding areas. All of our revenue goes to providing food, medical needs and housing for the animals in our care.